The American Rescue Plan Act was passed in March of this year, and includes changes to the Child Tax Credit (CTC) which will provide additional benefits for many taxpayers and their children.

Prior to the new act, the CTC allowed parents a credit up to $2,000 for each child under the age of seventeen.  However, only $1,400 of the credit was refundable, which meant that the other $600 portion of the credit could only be received as an offset of the parents’ income tax liability.  If there was no tax liability, that $600 portion of the credit was lost.  Also, before the new act, the CTC could only be claimed on the income tax return when it was filed, usually April 15th of the following year.

The new law changes the CTC for 2021.  It increases the CTC from $2,000 to $3,600 for children under the age of six, and $3,000 for children ages six to seventeen.  This credit is fully refundable meaning the parent does not need to have any income tax liability on their tax return in order to qualify for the credit.  In addition, parents will not have to wait to file their 2021 tax return next year in order to receive the credit.  For each month from July to December 2021, parents of eligible children can receive an advance tax credit up to $300 per child under the age of six, and $250 per month for children ages six through seventeen.  The total of the monthly advance credits is equal to 50% of the total CTC.   The remaining 50% of the CTC will be claimed on the 2021 income tax return filed next year.

It is also important to note that eligibility for this enhanced advance credit is based on the filing of the 2020 income tax return.  However, for those who have extended their tax returns for 2020, the IRS will use the 2019 tax return as a substitute.  The credits will be reconciled on the 2021 income tax return when it is filed and may be adjusted up or down for any changes in income level or dependents.

For most taxpayers, there is nothing that needs to be done to receive the advance payments.  The payments will be directly deposited if the IRS currently has banking information on file from the taxpayer.  Otherwise, the payments will come in the form of a check or debit card.

The IRS will soon establish a portal on its website for taxpayers to update information for the CTC including the addition of information for new children born or adopted in 2021.  The portal can also be used to report changes in address, banking information, or options on how one chooses to receive the credit.

The CTC is not available to all taxpayers with children.  It is only available if the child is a US citizen, national, or resident alien.  Further, the child must have a social security number and be claimed as a dependent on the taxpayer’s 2021 tax return.

The new CTC has many additional provisions which are beyond the scope of this article.   Please contact our office if you need further advice on this credit. 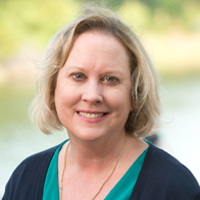